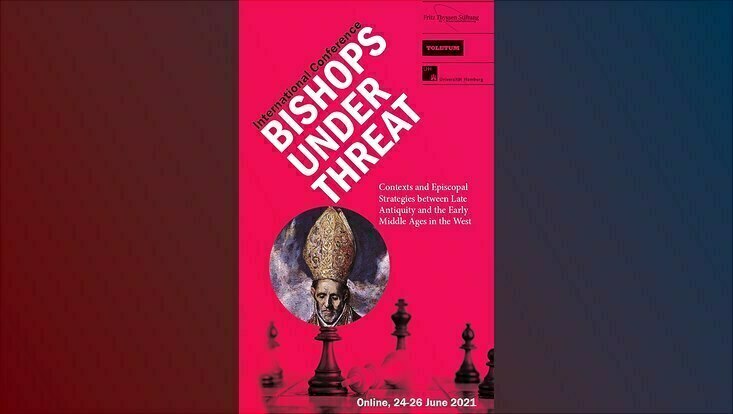 The late antique and the early medieval periods witnessed the flourishing and consolidation of episcopal powers in the West. The episcopate thus become an actual factual power, alongside the secular aristocracy and the rulers. This influential position exposed them to various threats, both political and religious. Our main goals in this conference are to present a typology of the different threats bishops confronted in the exercise of their episcopal ministry, to address the influence of a given political, social or religious context and, finally, to analyse the different strategies they developed to confront this situation of adversity and which allow us to understand to some extent the shaping or reinforcing of ecclesiastical hierarchies in a more effective manner. The proposed study framework covers the late antique and the early medieval periods in the West, offering different thematic and regional case studies from Italy, Gaul, Spain and Germany, among others, with the aim of obtaining as global a view as possible. These spaces experienced the same processes of the disintegration of imperial structures, the making of new political realities and the rise of the ecclesiastical structures as vital articulators of social life. However, such phenomena occurred at different rates and according to the particularities of each territory on different scales, from regional to local, which allows a comparative exercise in which similarities and differences will be presented in a balanced way.